American Actor, Michael B. Jordan turned 34 years old yesterday, Tuesday 9th of February and his girlfriend and daughter of Author and Actor, Steve Harvey, Lori Harvey celebrated him on Instagram.

The Black Panther star who is in a relationship with Lori Harvey, was celebrated by his girlfriend.

ALSO READ  Acting as a ritualist in movies doesn’t make me one” – Kanayo O. Kanayo

The 24-year-old shared lovely photos of them posing together, and wrote: Happyyy Birthdayyy Nugget. I love you baby…hope today has been at least half as special as you are.”

“Thank you baby. I love you too,” Michael B. Jordan replied her in the comment session.

Lori Harvey and Michael B. Jordan went public with their relationship last month and have been inseparable since then. 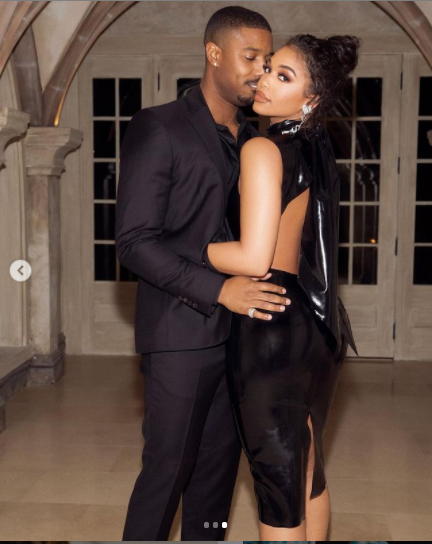 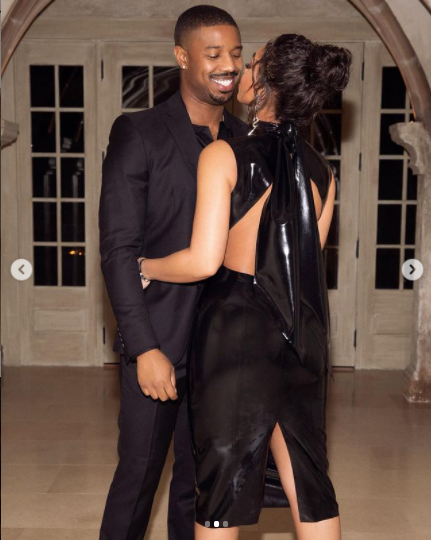 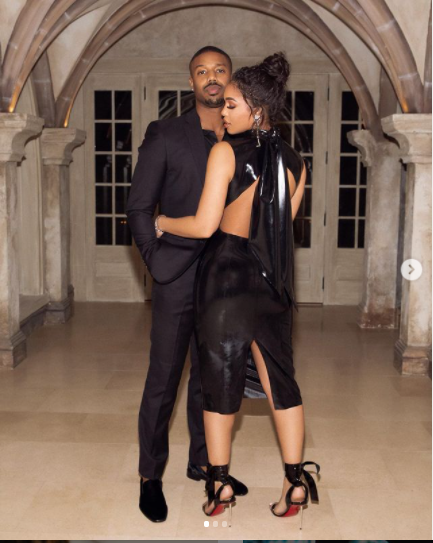 “I Will Be A Billionaire Before 40” – OAP, Toke Makinwa

On-air personality, Toke Makinwa in a recent tweet has asserted that she must attain billionaire status before she turns 40.

Toke Makinwa, with much optimism and determination has challenged herself to be a billionaire before the age of 40.

Speaking further, Toke Makinwa guaranteed herself that her works will gain global recognition and the world will surely tell her success story, all these, she said she will achieve before clocking 40.

ALSO READ  Do Whatever Suits Your Body, Even if it's Plastic Surgery - Bbnaija Nengi says

In her words:
“Before 40, I must hit the billionaire status, my products must do so well, the world will know my name. I feel it, I can taste it, time and chance is all and it will happen. TM to the world.”

Dorathy Launches Underwear Clothing Line, Names It After Her Mother

Popular brand influencer, Dorathy Banchor has launched an underwear clothing line that she named after her mother, Helen.

Despite finishing in first place at the 2020 BBNaija reality show, Dorathy continues to push for a greater career as she launches a lingerie line.

Taking to social media to announce the new lingeries business line, she wrote;

ALSO READ  Do Whatever Suits Your Body, Even if it's Plastic Surgery - Bbnaija Nengi says

“Like the smell of lingerie
Tumble dried in a dryer
Given a chance at purgatory
Defiled in early life
Reborn………
I present to you, the first collection of @LingerieMfc

Named after my MOTHER and dedicated to my QUEENS

Larissa London, the alleged 4th baby mama of Davido continues to drop more clues as she reveals the name of her son which translates to ‘son of David.’

This is coming after the new mum shared a video of her son’s pregnancy journey from baby growth complications to delivering the baby in her room.

In an Instastory update, Larissa revealed the name of her son as Dawson. A name that translates to the ‘son of David.’

“Dawson Noe is my miracle baby, I had him on Mother’s day last year, rainy stormy weather! I’m so grateful we made it life’s too short,” she wrote in response to a fan.

The popular Nigerian author and politician, Reno Omokri, who is well known for his his two cents on social media matters and on every controversial matters that concerns women has done it again.

But this time around, the men are not left out. As the controversial writer took took to his Instagram account to share his opinion about women been dumped by their sugar daddy.

ALSO READ  Acting as a ritualist in movies doesn’t make me one” – Kanayo O. Kanayo

He has claimed that when sugar daddy buys their girlfriends cars, take them shopping on vacation, and buys a house; they react, “aawww, he’s so lovely”, “he’s my boo”.

And that’s until they are dumped. Then their anthem changes to “men are scum”.

He went further to say, “both you and your boyfriend are Scums of the Earth. And you both deserve to be Scumfortable in your misery”.

Here’s what he wrote:

Nigerian musical star, Wizkid, has taken time to appreciate and commend women from all walks of life.

The talented artiste in a post he recently made talked about the traits to watch out for in a good woman; which he said that the best way to ascertain a good woman is by the way she treats her child or children.

The father of three, believes that a woman’s true nature can be seen in the way she takes care of her kids. He also sent out a love message to all the good women out there.

“You can tell a good woman by the way she treats her child. Big love to all better women worldwide.”

PICKED FOR YOU TO READ

Drama As Herbalist Follows Omoyele Sowore To Court In Abuja

Many were susprised at the Wuse, Zone 2 Magistrate Court Abuja this morning, Tuesday March 2, as a Native Doctor...

Buhari, Osinbajo, Others To Recieve COVID-19 Vaccine On Saturday

President Muhammadu Buhari, Vice President Yemi Osinbajo, the Secretary to the Government of the Federation (SGF), Boss Mustapha and other...

The Minister of Interior and former governor of Osun State, Ogbeni Rauf Aregbesola, has revealed that he never collected any...

This website uses cookies to improve your experience while you navigate through the website. Out of these, the cookies that are categorized as necessary are stored on your browser as they are essential for the working of basic functionalities of the website. We also use third-party cookies that help us analyze and understand how you use this website. These cookies will be stored in your browser only with your consent. You also have the option to opt-out of these cookies. But opting out of some of these cookies may affect your browsing experience.
Necessary Always Enabled

Any cookies that may not be particularly necessary for the website to function and is used specifically to collect user personal data via analytics, ads, other embedded contents are termed as non-necessary cookies. It is mandatory to procure user consent prior to running these cookies on your website.